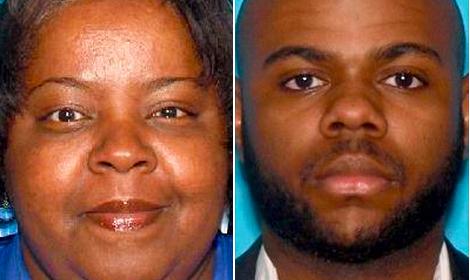 Camden NJ police are looking for victims of a mother and son who allegedly impersonated real estate agents while perpetrating a fraud scheme.

According to the Camden County Prosecutor’s Office, the two suspects rented and sold a number of South Jersey properties that had already been foreclosed. The properties were reportedly located in Camden County, Burlington County, and Gloucester County.

The suspects reportedly gained access to the foreclosed homes by unlawfully taking keys from real estate lockboxes. In some instances, the suspects allegedly had new keys made. The suspects then allegedly gave the keys to prospective tenants or unsuspecting buyers.

Prosecutors said that the suspects were able to deceive their victims by paying to have the foreclosed properties’ utilities temporarily turned back on.

The suspects include a 51-year-old woman from Philadelphia PA and her 28-year-old son from Sicklerville NJ. They have been charged with numerous theft and fraud crimes, including theft by deception and burglary.

The suspects were charged with burglary because they allegedly accessed properties in Woodlynne NJ and Winslow Township NJ without permission.

Authorities believe that at least 20 people were victims of the fraud. Now law enforcement is looking for additional victims of the real estate fraud scheme. Anyone who believes they may have been victimized by the suspects should reach out to Camden County Prosecutor’s Office detectives at 856-225-8479.