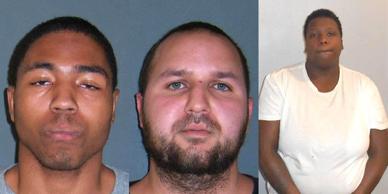 The suspects allegedly committed the theft crime on February 5. According to authorities, two males and one female walked into the Valero gas station located on Burlington-Mount Holly Road in Westampton New Jersey and approached the victim. The suspects reportedly forced the victim to hand over approximately $200 from the store’s cash register and then fled the scene on foot.

After allegedly stealing the money, the suspects reportedly went to a Motel 6 located near the gas station.

All three suspects have been charged with multiple criminal offenses, including robbery and theft of movable property.

Detectives also believe that the suspects may have committed other crimes in Burlington County, New Jersey. Police are currently investigating the situation, which means that additional criminal charges could be forthcoming.

For additional information about this case, read the NJ.com article, “3 Charged in Westampton Gas Station Robbery.”